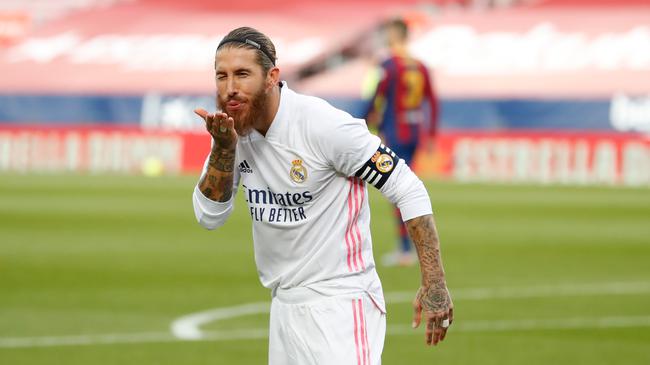 In the match between Real Madrid and Barcelona, ​​Ramos played a key role. Not only did he play a defensive role, he also created and scored a penalty kick, which contributed to the team's victory.

But Ramos' penalty kick also caused controversy. "Daily Sports" believes that the referee Munuela did not consider two points. First, Ramos had fouled Langley before, and secondly, it was not Langley when Ramos fell in the penalty area. The result of dragging. Langley pulled Ramos to the right, but Ramos fell exaggeratedly, and fell to the left.

But Ramos pointed out after the game that there is no problem with this penalty. "Langley and I are both defenders and sometimes reach the limit. I think the penalty is very clear. He caught me when I was about to take off. It was very clear. Judging by a very clear action The job of the referee is very unfair. In the 2-1 situation, we decided not to shrink the defense, but to seize the opportunity of their low morale to pursue the result."

Regarding the game itself, Ramos said: "We are two very solid defensive teams, with very little space and great respect for each other. Because of this, the score sometimes takes the lead. We achieved the goal of scoring and we did not allow They got the ball, which was a bit of their discomfort. In the second half, we defended well after scoring the second goal. Overall the team performed well. The team showed its sense of responsibility today. The criticism did not hurt us. Real Madrid will continue to follow the current path." (Sergio)