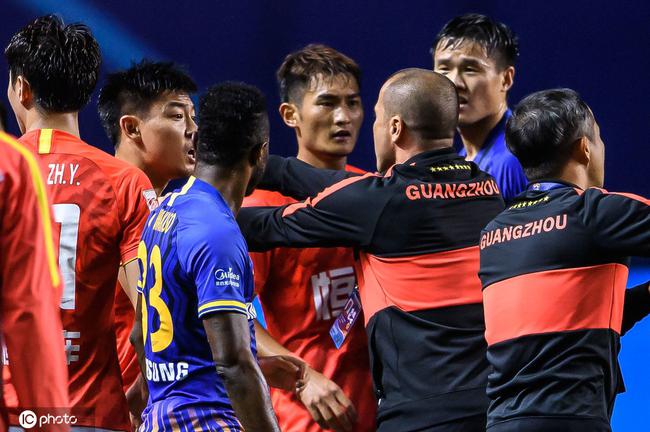 Suning 2-1 Evergrande gave his opponent the second defeat of the season and at the same time put himself into the championship group. The game was more intense and conflicts occurred one after another.

At the end of the first half, Teixeira fell in the penalty area and Suning thought it was a penalty. Some players are also quite agitated and have been surrounding the referee to ask questions. After the first half of the game, Olaroyu expressed his dissatisfaction very directly. He stood on the sidelines, shouting and yelling towards the court, and from time to time he pointed his eyes with his fingers.

There was also a fierce conflict in 69 minutes of the second half. Deng Hanwen uprooted Ji Xiang, making Suning very angry. The bench players got up one after another and gathered around to make a theory. Some Evergrande players came to dissuade, Zheng Zhi also waved his hand, hoping Suning would calm down. However, in the end the referee gave Zheng Zhi a yellow card, and he did not understand the referee's decision. Angrily kicked the water bottle three times.

During the conflict, Cannavaro was afraid of his disciples' uncomfortable behavior and pushed them away one by one.

The first stage of the Chinese Super League is coming to an end. The players have been in the Dalian Division for more than two months, and they are under relatively high psychological and spiritual pressure. However, you should stay sensible on the field and let the first stage of the league come to a successful conclusion.